Are you an Empath or a Moon Child? You've come to the right place...

What is a Moon Child?

Empaths are born with a very special relationship with energy. Because of their gift and energetic relationship, they are especially sensitive to energy waves and frequencies of many things such as people, places, things, and planetary shifts/changes.


Empaths who have a developed a heightened sensitivity to "Universal and Planetary Energy" such as lunar cycles are called Moon Children.

Moon Children have a deep soul connection to the moon, planets, and universal energy...

What you might not know is being a Moon Child is a “soul trait”.

They’re part of your soul’s creation, and they are nurtured by things such as past life experiences, knowledge you’ve been acquiring, and choices you make. Not only in the physical realm but in the spiritual realm as well.

As a Moon Child, you are born with a unique spiritual connection to universal and planetary energy. But you are also born with a higher-than-normal ability to work with this same energy.

You may have noticed a pull to the moon that you can’t quite explain…It’s just there, and it’s powerful…

Moon Children are also clairsentient! Clairsentient is a psychic sense; it belongs to the popular “clair” family of abilities. If you’re clairsentient (commonly referred to as an Empath), it means you have a heightened ability to read energy. Especially when it comes to people.

Being an Empath is your “ability” being a Moon Child is a “soul trait”… It’s part of what makes you who you are on a soul level. Like a soul characteristic.

Your past life experiences help to create this unique ability, which makes you different from other souls.

Basically, you were born with a UNIQUE ABILITY to work “with” ASTRAL ENERGIES. Which is also why you’re extra sensitive to moon phases and other planetary energies when other people are not.

Soooo how exactly does this happen?

So, you’re not just a Moon Child by chance…It’s deeply intertwined with who you are, physically and spiritually.

But as a Moon Child it’s important to be TAUGHT how to “tune in” to astral energies and adjust accordingly. Because it doesn’t do you a whole lot of good to just be sensitive to the roller coaster of energies that are consistently changing for no reason. (And missing all of the cool stuff that comes with your gift).

Even if you have no recollection of any of these things (which is common), most likely you are more familiar with the "signs" of a Moon Child. 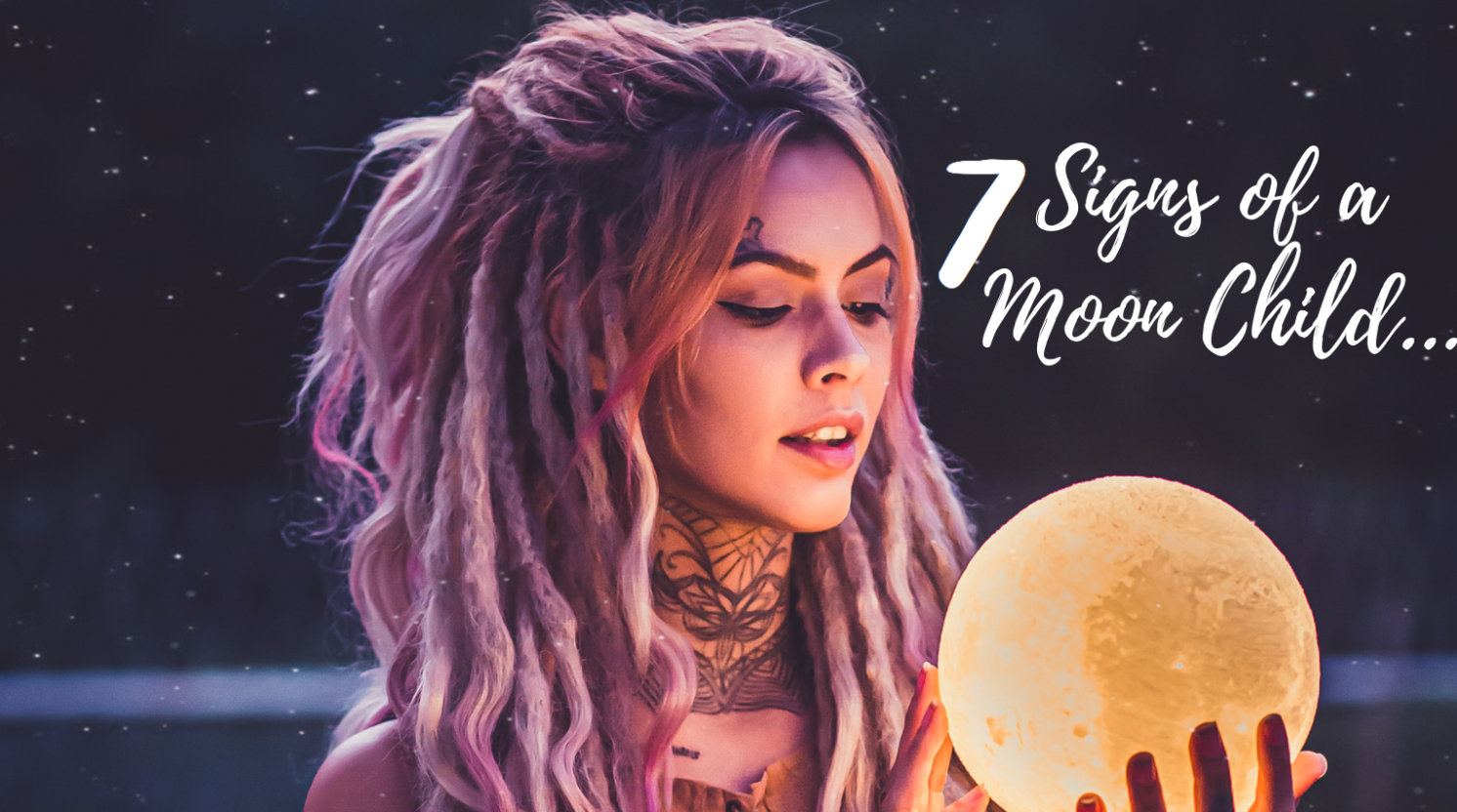 7 Signs You're A Moon Child

1) You are sensitive to moon phases.

2) You are sensitive to energy waves.

3) You are fascinated or drawn to anything regarding the moon, stars, planets, or other worlds.

4) You are fascinated or drawn to working with universal energy such as universal laws, law of attraction, or manifestation.

5) You are attracted or drawn to gemstones or crystals.

6) You are drawn to movies with other worlds, star travel, etc. Such as Star Wars, Thor, etc.

But you're not alone! There's a whole tribe of us out there. :)

However, you also need to know you are not just a Moon Child for no reason...

You were born with a UNIQUE ABILITY to work "with" MOON ENERGIES. This is why you're extra sensitive to this type of energy when other people are not.

But you need to be TAUGHT how to "tune in" to these energies and adjust accordingly. Because it doesn't do you a whole lot of good to just be sensitive to the roller coaster of energies that are consistently changing.

That can just leave you feeling like an emotional mess... 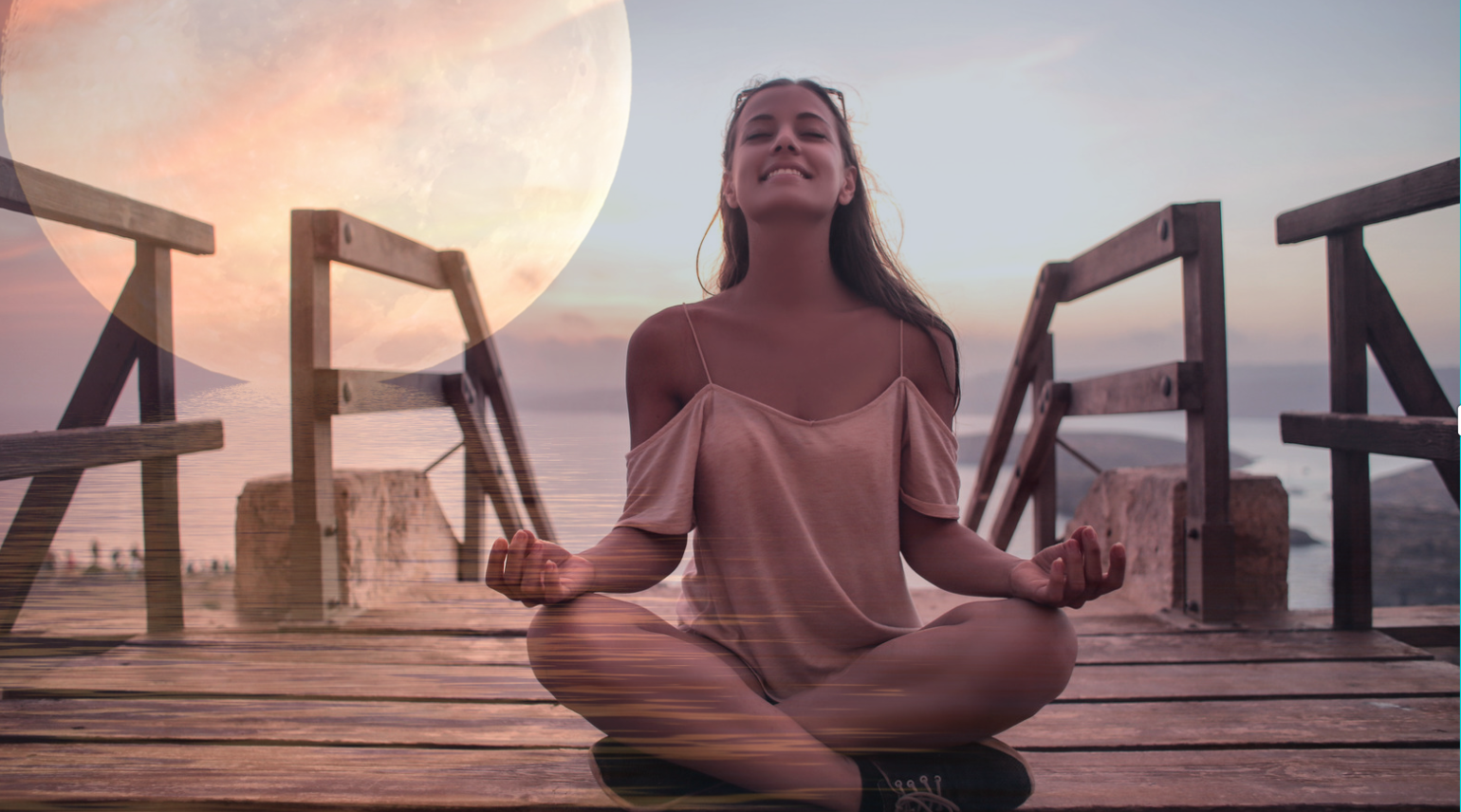 You need to be taught:

I want to help you with this.

This Moon Child Membership is designed to:

My Empowered Empath Course is one of the most informative energy management courses available.

This course is designed to:

Over 25+ video lessons - Over 20+ hours packed full of Empath knowledge. Meditations specific to your Empath journey. And worksheets when applicable.

Here's a sneak peek of some of the lessons (just to name a few):

You will have immediate access to all the lessons, meditations, and worksheets. You can work at your own pace, whenever and wherever you chose.

This system is designed to:

For 27 weeks you will be provided with a NEW MANAGEMENT TOOL that's specifically designed to help Empaths learn how to manage their energy better.

All of the tools are designed to bring AWARENESS to how you are currently living your life as an Empath, as well as STEP BY STEP instructions on what changes you need to make in order to live a healthy, happy life.

Each week you will have access to a new management tool that will include:

Phase #3 - Advanced Moon Child Courses for those who wish to deep dive into working with moon energy! ($297 Value)

3 Advanced Moon Courses with a purpose...

Each moon focus course is designed with a purpose.

You become a part of our Moon Child community! This is where even more good stuff happens...

Holly was unsure if she was an Empath...

But something kept telling her to take the class...so she did. She was shocked when she learned how much the energy she was surrounded by was actually affecting her life every single day!

Patty was an experienced Empath...

Patty was very educated in this area and had taken a lot of classes, she wondered how would another class help her? She was so surprised at what she experienced after enrolling that she wanted to share her heartwarming story with others. :)

Duane was pretty sure he was not an Empath...

He wondered if he was not an Empath, how would this class possibly benefit him? He was so surprised at what he learned about energy after taking the class, that he's now a firm believer that everyone should take this course. 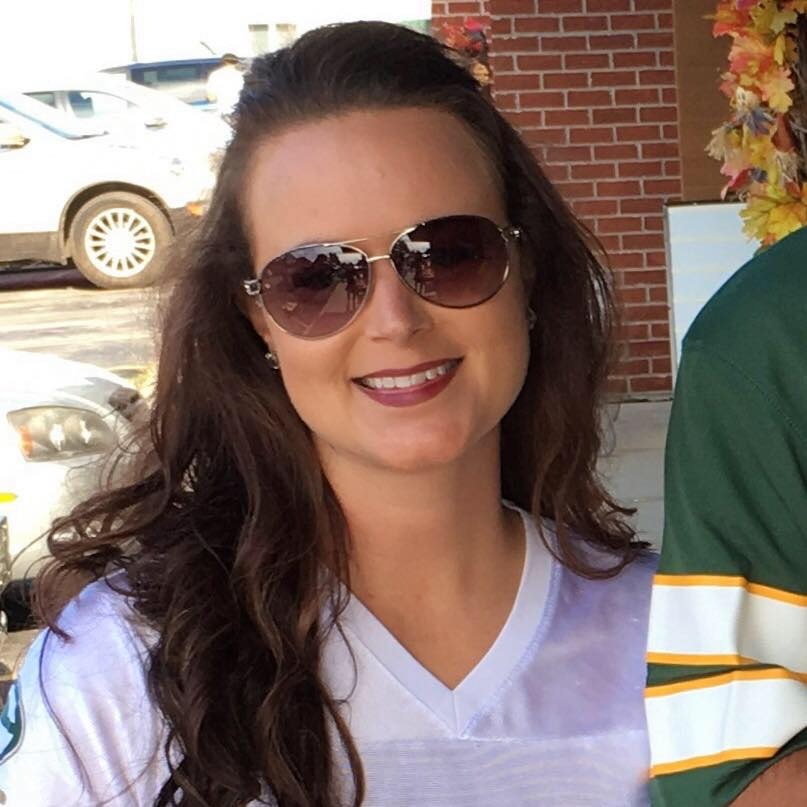 "I can not say enough good about this class. I was on the fence if I’m a empath or not. After starting this class, I have no doubt in my mind that I am one. I love how this class explains how empath abilities and the clairs are related. Why things are happening and what to expect. This class dives much deeper into the details of an empath than I could have imagined. The step by step empowered empath lifestyle is great. It’s broken out in weeks, so it’s not overwhelming and is easy to follow. You won't regret signing up for this class. It’s worth so much more than I can even express. Do yourself a favor and sign up. I love it." 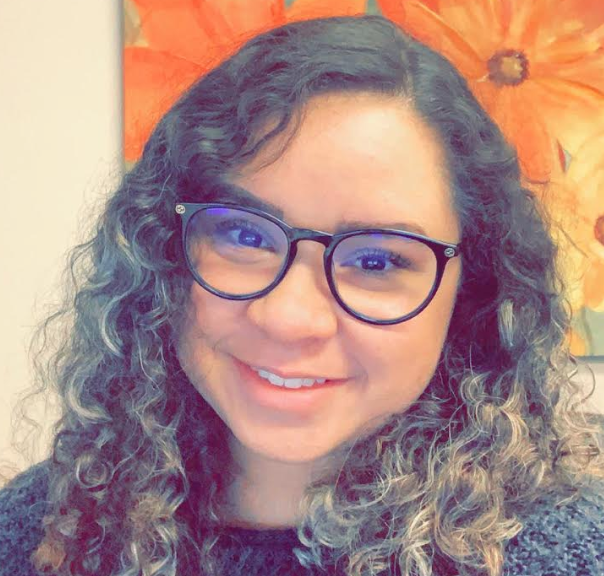 "I want to cry and hug you because I am so grateful for this course. Everything resonates with me and makes so much sense. I am not finished with the course but I know afterwards I will learn to become a functioning empath and stop having so many breakdowns from all the different energies I feel. I was/am completely clueless as I only thought I was reading people. I didn't realize how much energy I am reading without being aware of it and now it all makes sense. MIND BLOWN! I am so motivated to take control of my life and health. Thank you so much for not only helping me, but also my daughter who has this gift. You're a literal angel!" 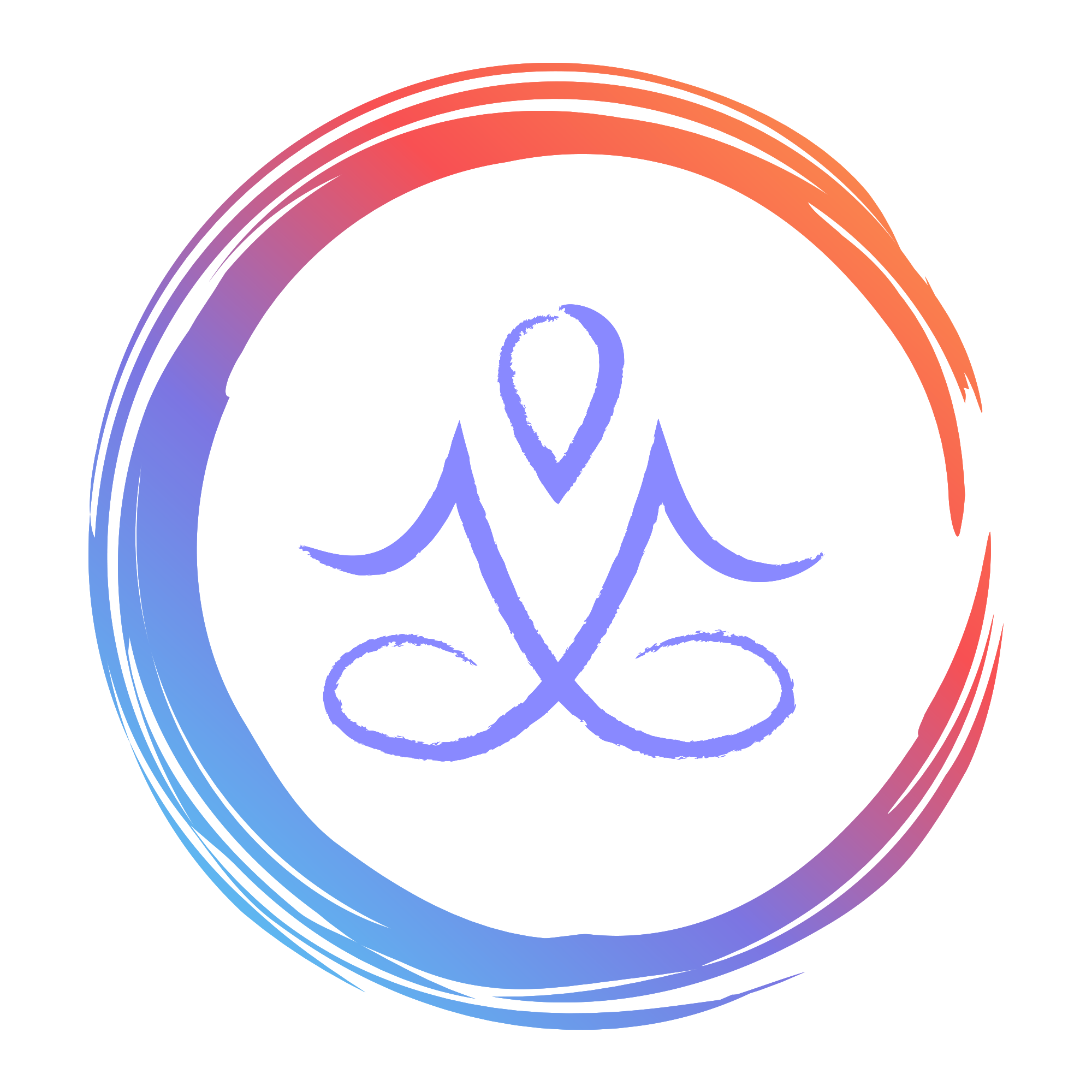 "I can't say enough good things about Jennifer O'Neill's Empowered Empath Course and Empowered Empath Lifestyle Plan. The vast amount of information contained in the courses is profound, immensely practical, and not found elsewhere in the Intuitive field. I have found explanations and solutions to the challenges of being an empath that have plagued me my entire life, answers I haven't been able to find in over 25 years in the nursing profession. The jam packed online format is not only gorgeous but so darn easy to use with an abundance of unexpected gems like downloadable meditations, worksheets, wallpapers, reminder sheets. Be able to go back again and again to the content removes all the pressure you normally experience when you attend a training in person to take exhaustive notes, and there's no more searching for conference notes! The information's always available when you need it. You will receive dividends well in excess of your initial investment. I highly recommend taking both courses together - the powerhouse combination will give you everything you need to achieve your empath goals" 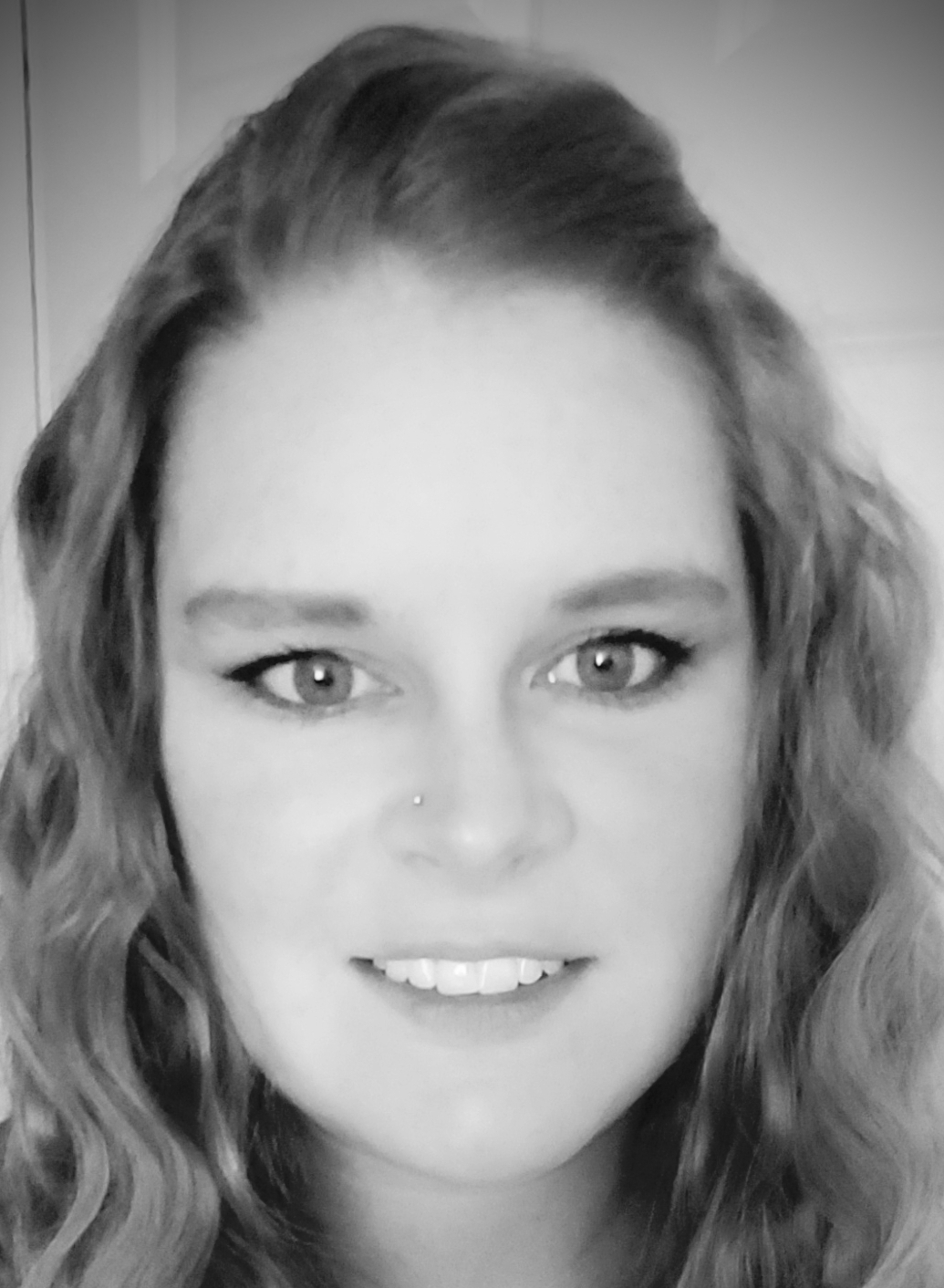 "I'm only starting the second section and I am so excited about the course material! It has been for me extremely educational. This course absolutely is so easy to fit into your schedule I'm so impressed! I honestly can not wait to see what is next! I feel like this is taking me in the direction I've need to go all along. Like that missing puzzle piece in the overall big picture of mastering the management of this gift. Thank you so much for all the time and effort that has gone into this as it really shines through the material. I am so grateful to of found a teacher that resonates with me and where I feel I'm drawn to on this never ending evolution of self and consciousness as a whole." 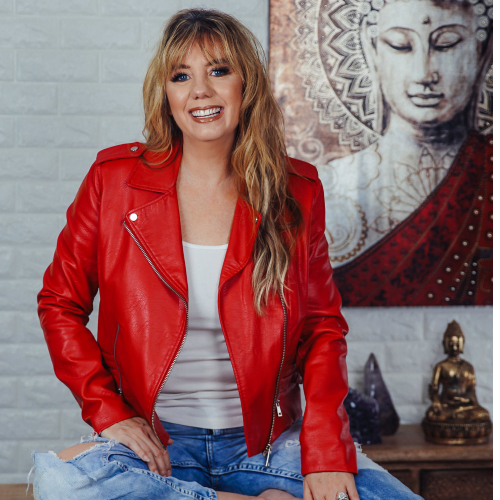 My name is Jennifer O'Neill and I am an Empath and Spirit Communication specialist...

I was born looking at the world differently than most everyone else around me. The funny thing is I thought everyone was like me.

It wasn’t until I got older that I realized…I was born with a very special connection to the spirit world.

I was gifted with my abilities with a purpose, to teach others. To show you that you have some of these same abilities, and to simplify the process of using these spiritual tools and gifts you were born with in a way that fits into your everyday life. 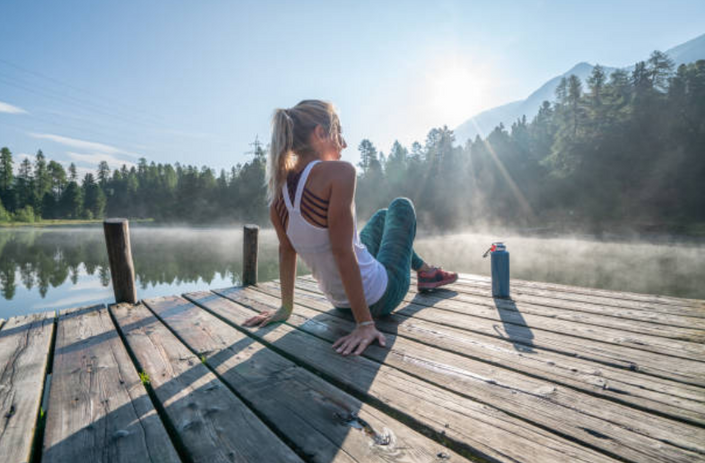 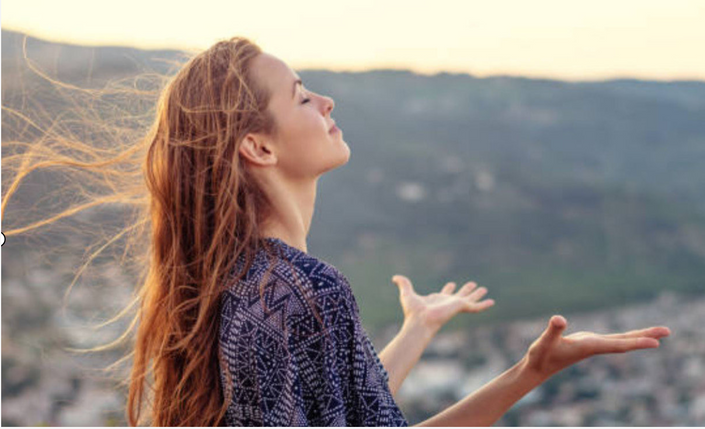 Empowered Empath: Empath Awareness & Living With Empath Abilities
Our Empowered Empath Program is designed for Empaths who no longer want to feel as if their Empath ability is out of control...but are ready to feel Empowered! 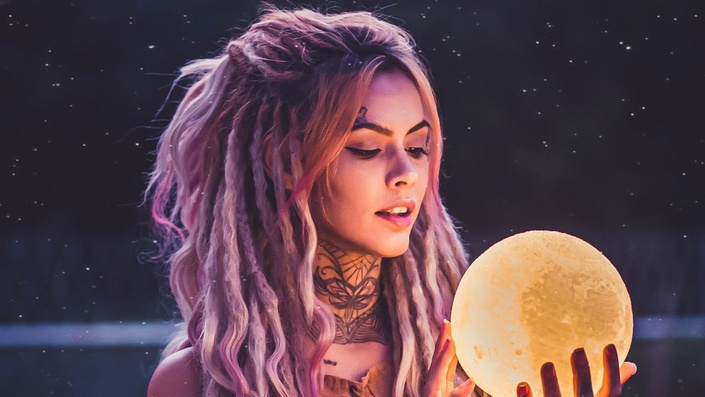 Moon Child Advanced Course
Are you a moon child? You've come to the right place...

When does the membership start and finish?
This is a monthly membership so it starts now but you can opt out at any time! It's a monthly membership that has immediate access to the Empowered Empath course, and Moon Child Advance courses. Once a week for 27 weeks you will get a new system from Lifestyle Plan Tool Kit.
How long do I have access to the course?
As long as you are a Moon Child Member you have unlimited access to all the courses - across any and all devices you own.
What if I am unhappy with the course?
We would never want you to be unhappy! You can opt out of the membership at any time. If you cancel, you will not be billed the next month.